Social networking sites: how something you do for fun can be so bad 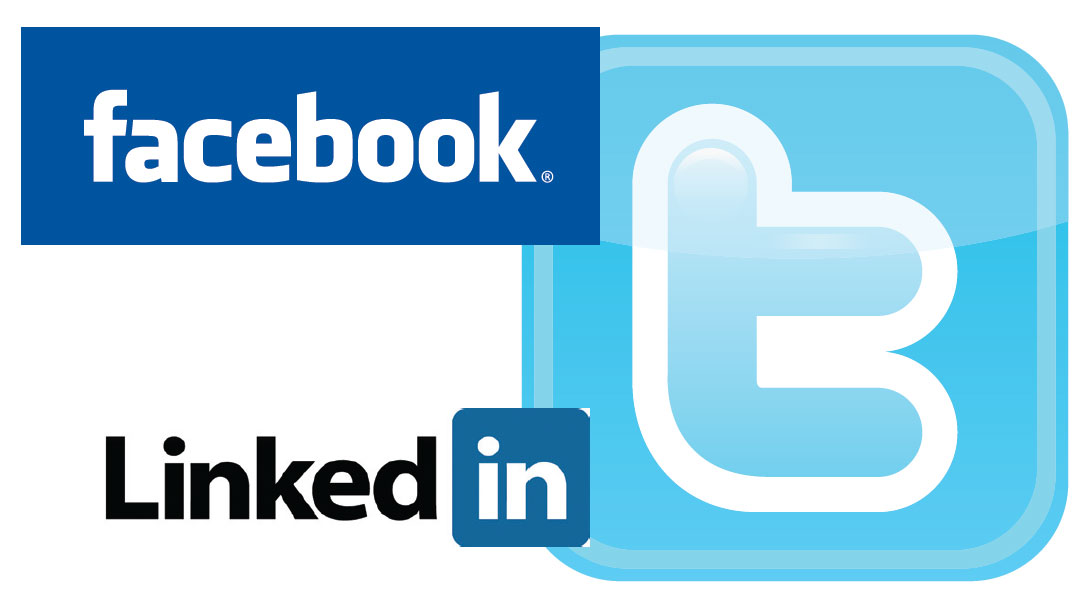 By Ginny Ryan
Co-Chair, Faulkner Hospital and Director, MNA Board of Directors

We live in a world where people would rather communicate by sending a text message from their mobile phone, post comments on their favorite online network site, or send a short tweet to inform all of their friends of their “status” instead of having a conversation in person. Whether one blogs, tweets, posts, pokes or just emails, the act of sharing every mundane detail about their day is second nature to the younger generation and somewhat disturbing to the older and more private generation. Since almost every person has a cell phone, Twitter became popular in 2006 because the posts can mostly be made from these handheld devices … and today’s generation are constantly “tweeting” and taking the staying in touch thing a bit too far. Are we really that interested in the excruciating minutiae of everyone’s day? Do we really need to know whether someone you have never met is going to the gym or is having trouble deciding what to have for breakfast?

Networking sites such as Facebook, Twitter and My Space have made it into the workplace, and many business transactions have been successful because of the networking ability of the persons involved. Many employers see this as a positive thing and encourage the usage of these sites during the workday for business purposes. The problem is, how do you keep it all business?

Most employers, including hospitals, have discovered that these sites are a fantastic opportunity to target a large audience of people without much effort and without spending any money. Many larger firms, especially in the technology industry, are encouraging their employees to blog, tweet and participate on social sites on company time because they know having employees involved in the community can enhance the company’s reputation. Businesses and organizations can reach out to selected individuals or groups such as employees, visitors and clients encouraging them to become a friend or connection which gives the business access to all their friends and connections. This is a dream come true for a small business just starting out. But is it a good thing for the consumer? What this means to you is that you the consumer have given these companies yet another way to access your privacy and another vehicle to make contact with you (and everyone on your friends list) 24 hours a day! Is this really something that we want?

When asked, many people will tell you they no longer have a land-line telephone because of the excessive amounts of telemarketer phone calls and because every member of their family has their own cell phone. Many of the millennial generation (those born after 1980) have never seen a land-line phone except for in the movies. Now those same telemarketers make their infamous calls to your mobile phone (at a charge to you) and those new “friends” send advertisements and announcements to your email addresses and mobile phones around the clock. These constant interruptions can be very annoying, but it is not stopping people from updating their profiles frequently, at work or not, and employers are taking notice. In the hospital setting, managers have concerns about possible breaches of confidentiality and HIPPA violations with this increase in available technology.

If every employee in a 50-person workforce spent 30 minutes on a social networking site every day, that would work out to a loss of 25 hours per day or 6,500 hours of productivity in one year. Lost productivity adds up to lost revenue, and now many businesses are using filters and putting blocks on MySpace, Facebook and similar sites. These sites put a demand on the bandwidth (the rate of data transfer) and pose a security risk to a company’s system, making it vulnerable to hackers and viruses. “Every action, every minute spent online and on social networking sites may expose an organization to numerous security threats” (Kelleher, 2009). On the flip side, enacting bans on these sites could negatively impact recruiting the younger generation who will find these bans too restrictive and seek other employment. Those just entering the workforce use and adopted this form of technology like the previous generations adopted cell phones and many corporations have found that in order to keep an edge they need to incorporate social networking and other Web 2.0 tools into every part of the organization from marketing to internal communications.

Since this is a “damned if you do, damned if you don’t” situation of using the internet for business purposes, many businesses have started monitoring what their employees do on the internet. The American Management Association performed a 2008 study and determined that 66 percent of employers monitor internet connections and 45 percent of them engage in some form of computer monitoring such as tracking content, keystrokes, time spent at the keyboard, etc. (Browning, 2009). Studies show that approximately 75 percent of prospective employers do internet searches, including social networking sites, of potential candidates before hiring them. They use the information obtained to verify past employment and use the photos and text posted to determine if the candidate has good judgment and decision-making skills. Is it really fair that a judgment is made about you based on someone’s interpretation of your photos and/or your friends’ photos of you? Why bother having an interview at all if the decision to hire you is based on what is found out about you on the internet? “Nearly 30 percent of current job applicants in the business world have been denied employment because of information discovered via internet search engine via potential employers” (Parker, 2007). 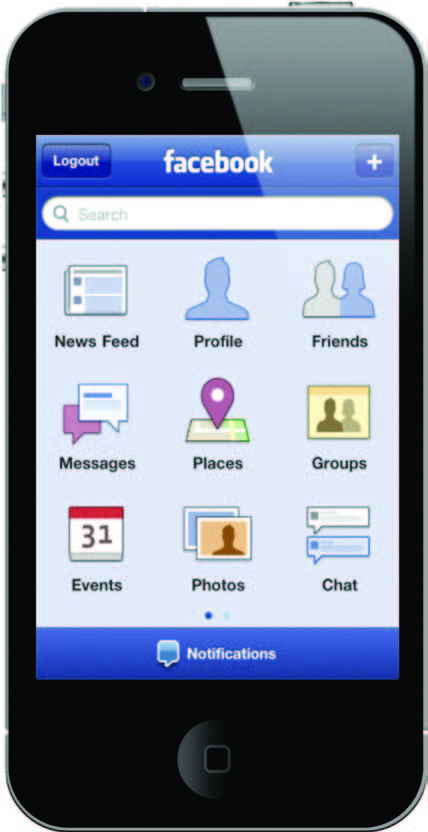 The very nature of the social networking site being a casual way to talk with your friends and vent about whatever is bothering you (usually from the comfort of your own home) causes people to have “loose lips” saying more in this venue than you would in a face to face conversation. Here lies the problem…are these conversations considered private? It is generally understood by most people that if they use a company’s computer to send either a personal or business-related email, the company “owns” that email and it is best to avoid including sensitive information and angry comments in any email correspondence in the workplace. A single click of the mouse intentionally or unintentionally from the receiver can disseminate those comments to anyone in the world and if you do not want everyone to see it then you should not write it. Many hospitals have put bans on certain internet usage for all their employees, not just nurses, in an effort to maintain productivity. But can they really discipline you for something that you did on your own un-paid time and on your own personal computer? Most of us would answer NO to that question but that is not what is happening.

In a study conducted in 2009 by an online security firm, Proofpoint, it appears that Facebook- inspired dismissals have officially made the map. The study of more than 200 email decision makers at U.S. companies with more than 1,000 employees found that 8 percent of those surveyed reported terminating an employee for Facebook use during company time. And that is double the 4 percent dismissal rate reported last year. Firing employees for using social media such as Facebook may be an extreme, but 17 percent also reported taking issue with an employee’s use of social media while on the clock (Parekh, 2009). The topic of internet privacy and the privacy of your social networking page came into question during the last presidential election when it was revealed that Barack Obama’s Facebook page had 1.3 million supporters and more than 56,000 people following him on Twitter … how private could it be when his friends’ list was large enough to fill Yankee Stadium? It was also ruled in a Canadian court that a litigant with 356 friends could not contend that his profile was intended to be private (Strutin, 2009). This is the same frame of thought in many courtrooms today. Defense attorneys and prosecutors are frequently having the social networking internet usage of potential witnesses (involved in a case) investigated for anything that can be used for or against them to win the case. The boundaries of what is considered private and not private are becoming blurred more and more every day. Disciplinary actions including termination for comments made on social networking sites have been increasing across the country. Every week there is a story in the media about this topic and some of the reasons for the discipline are simply complaining about a difficult shift and/or making a statement such as “this job is boring.” A new term “doocing” is being used in the business world in reference to a termination of an employee for the content of the employee’s internet postings.

The written word can be interpreted so many ways and something that you write as an innocent statement may be taken out of context by someone else and cut, pasted, and forwarded to other people that you never would have shared this statement with in the first place. It is not a good idea to “befriend” your employer or immediate supervisor on these social networking sites because anything that is on your page can potentially be used against you in the workplace. It is not a good idea to access these social networking sites while at work and on the clock. It is not a good idea to send anything in an email or blog on the internet that you would not want your mother or grandmother to see. The logistics of internet privacy whether at work or at home has yet to be defined… so the prudent thing to do is to stay away from the social networking sites and to limit your internet usage while at work. Your job could depend on it!