When social networking enters the workplace

I will be the first to admit that I know next to nothing about Facebook, MySpace and the many other social networking sites that are out there. I do, however, know that millions of people participate regularly and that, lately, more and more people who post regularly to these sites have been disciplined and even terminated by their employers for what they say on these sites.

A quick Internet search verified that employees in all occupations including teachers, health care workers, even registered nurses have been terminated for posts ranging from seemingly completely innocent (like complaining about a difficult shift) to borderline criminal (like posting patient pictures on the nurses’ own web sites). For those nurses who post patient pictures, termination is likely the least of these nurses’ issues once their state licensing board takes action. That’s for another day, though. 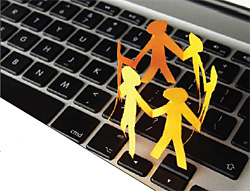 How many of us have complained about our job to a co-worker, friend or spouse? We do this with the expectation of privacy and that our conversation will never go any farther. When we do this using one of these social networking sites, however, the traditional safe line between public and private communication becomes less and less safe to the point that it is completely blurred. For all practical purposes, there no longer is any private information, especially when it comes to Internet sites. No longer can we have the right to expect that what we say is going to stay between us and the person(s) we are speaking with. Think, for example, of the amount and type of personal information available on the Internet about just about anyone.

There are those who will say, “What about my right of free speech?” Or, “How can my employer discipline me for what I say or do after working hours?” Finally, “Isn’t this an invasion of my privacy?”

While the issue of discipline as relating to Internet posting has not been tested in arbitration by the MNA, there are many documented cases of employees being disciplined and terminated for such postings. The fact is that employees can be and are disciplined for off-duty behavior provided that certain criteria are met— the most important being whether the reputation of the employer has been damaged by the posting. There are arbitrable standards that apply here and employees can be disciplined for off-duty conduct. Employers have the right to hold employees responsible for such conduct if the postings are used to “attack the company” or “harass co-workers.” This even applies when the posting containing the comment or picture required a password to access it.

We need to be aware that employers are increasingly checking these sites for a variety of reasons, including screening applicants for employment. According to a survey by Vault.com, 44 percent of e m p l o y - ers admitted to checking the profiles of prospective employees. According to a survey by the National Association of Colleges and Employers, more than half of all employers report that they use some sort of on-line screening technology including social networking sites.

What all this means is that when we post something on a Web site or a social networking site, we are doing the electronic equivalent of placing it on a billboard in the middle of Times Square. Any expectation of privacy is lost and you may be accountable for anything you write, provided those arbitrable standards are met, no matter how innocent it may seem to you at the time. Whatever you write is captured forever, even if you delete if from your Web site or networking page. It is as if it is being broadcast over the world without a way to stop it. With these things in mind, here are some rules to live by when it comes to the Internet and social Web site postings:

That, however, may not matter to your employer, especially if the posting reflects on your attitude toward the employer.

In short, like with most things, you will need to use your judgment and common sense when you decide you want to complain about your shift or your employer. While it may feel good to vent on-line, in the long run, it may not be worth it.