Below is a link to some powerful TV news coverage of a meeting with concerned seniors held yesterday concerning the lack of inpatient services for the 37,000 residents of Northern Berkshire County, who lost those services last year following the illegal closure of North Adams Regional Hospital.  These seniors tell stories of long waits for care at Berkshire Medical Center, a good 35 minute drive away in Pittsfield. To date, Berkshire Medical Center, which now owns the property of the former NARH, will only operate a satellite ED and minimal outpatient services, and refuses to restore a full service hospital to this beleaguered community, which health care experts have reported has a significant need for those services.  The meeting with seniors is part of a campaign by the North County Cares Coalition, a community coalition, including the MNA, that is fighting for the restoration of a full service hospital.  As this effort continues, the legislature will hold hearings on June 3 at 11 a.m. on measures to protect communities from such service closures in the future.  This includes two bills filed by the MNA, the Hospital Profit Transparency and Fairness Act (S.623/H.979), which would create a fund to protect services for underserved communities; and An Act Relative to the Closing of Hospital Essential Services (S.1149), which would require hospitals to provide greater notice of its intent to close a service, provide justification for that closing, and allow the Attorney General the power to file an injunction to delay the closing in certain circumstances.  If you want to lend support to these bills, contact your legislator: https://malegislature.gov/People/Search. 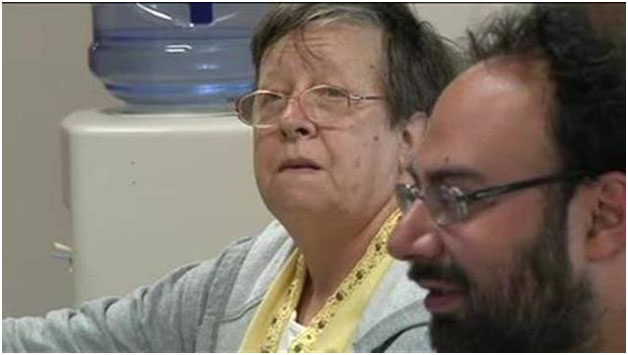 Ever since North Adams Regional Hospital closed, senior residents have been outspoken when it comes to healthcare services without a hospital nearby. Jim Vasil listened as they voiced their concerns to the North County Cares Coalition.

It's going on 14 months without North Adams Regional Hospital, but the questions just seem to grow.

"I would like to know that there's a hospital bed available for me if I need it," said resident JoAnn Bates.

Bates has told horror stories about the effects brought about by the hospital's sudden closing last March.

She is referring to Berkshire Medical Center in Pittsfield, which many have said has seen overcrowded waiting rooms since the North Adams closure. BMC does operate an ambulatory care center at the former hospital, but extended stays cannot happen, leading them to Pittsfield and even Southern Vermont.

One North Adams woman told us off-camera she once had to pay $90 in cab fares to get home after being released from BMC.

"Sadly, I think we'll just keep hearing stories like that until this community has a hospital," said Nykole Roche of the Massachusetts Nurses Association.

Leaders from the MNA and the North County Cares Coalition encourage people like Bates to write letters to their local representatives, hoping they can help bring a hospital back.

Strong as her opinions are, Bates is willing to compromise.

"The only thing a community can do is tell their stories and make sure that their voices are heard," said Roche.