In what has become a holiday tradition, nurses are once again viewed as the most trusted profession in the U.S., according to an annual Gallup survey conducted December 5 to 8.

Nurses are viewed as having “very high” or “high” ethical and honesty standards by 82 percent of the public, a full 12 points higher than any other profession in the Gallup poll released today.

Additionally, Gallup notes, “since 2005, more than 80 percent of Americans have rated nurses as having ‘high’ or ‘very high’ honesty and ethical standards. Nurses have topped the list since 1999, the first year Gallup asked about them -- with the exception of 2001” when firefighters came out on top following “their prominent role in 9/11 rescue efforts.”

Members of Congress and lobbyists were at the bottom of the honest and ethics list at just 8 percent and 6 percent respectively.

“We could not be more proud of the trust and confidence of the public,” said Karen Higgins RN, a critical care nurse at Boston Medical Center and co-president of the nation’s largest organization of nurses, National Nurses United, which represents 185,000 RNs in all 50 states.

“Patients and their families count on nurses when they are at their moment of greatest vulnerability and need, and expect us to advocate for them, even when it means confronting a hospital manager or challenging an insurance directive to reduce that level of care. For nurses that is a sacred trust we will never abandon,” said Higgins.

This year NNU members are offering another illustration of why they are so often held in high regard, with RN volunteers spending time in the Philippines providing medical help in response to the calamity of Typhoon Haiyan/Yolanda, considered by climate scientists as the most devastating and powerful cyclone ever to hit landfall.

NNU has already dispatched four teams, through its Registered Nurse Response Network, to the Philippines, and is preparing another team to head out early next year.

Learn the latest on that effort here 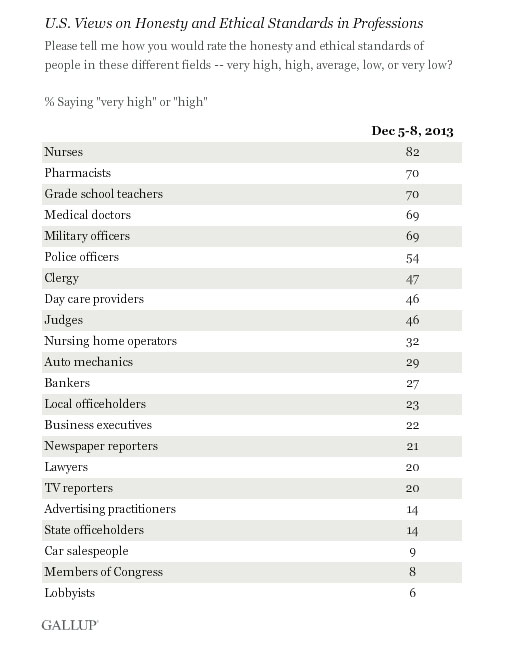