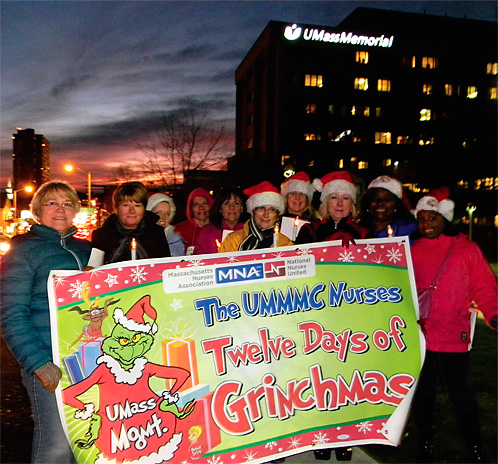 As the UMass Medical Center nurses’ negotiations for a new contract dragged on into the holiday season, and UMass management continued to refuse to heed nurses’ concerns about poor staffing conditions at the facility, the RNs began daily picketing from Dec. 10 through Dec. 21 as part of what they called “The 12 Days of UMass Grinchmas!” The daily picketing was conducted for one hour each day outside the front entrance at the Memorial campus, with nurses from both campuses participating. Turnout for the events was stellar, and community members and other supporters joined the picket line to hold signs and candles, as well as sing some special Grinchmas carols.