Psychiatric nursing is not what it used to be 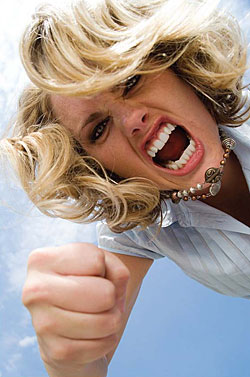 As a registered nurse at a state psychiatric facility in the Boston area, I have seen firsthand the severity of violence that occurs in our places of work, particularly when it comes to women with Axis ll behavioral disorders. Patients with a clinical diagnosis of mental illness need our help and support, but more and more patients with Axis II or personality disorders are being admitted to psychiatric facilities—facilities that are not prepared to handle these patients—and are putting staff and other patients at risk.

An Axis II personality disorder is qualified by the DSM lV(1) as a pattern of anti-social behavior that fails to conform to social norms with respect to lawful behavior. Patients with Axis II disorders repeatedly perform acts that are criminal, such as assaulting others, destroying property or stealing. They are frequently deceitful or manipulative in order to achieve personal profit or gain. They can also be extremely charming in order to manipulate a situation, or extremely violent if their demands are not met immediately.

Many times, the patient is already in the prison system. As inmates, these patients are highly aware that to lessen the restriction of their sentence, they need only to tell someone they are “depressed” and have suicidal plans. They are then shipped to a psychiatric facility for evaluation. At the psychiatric facility, they have fewer restrictions and extra privileges. To make a bad situation worse, these facilities have only a limited ability to contain deviant behavior.

Federal statutory and regulatory protections regarding “restraint and seclusion” state that restraints and seclusion techniques are “to be used in emergencies only, and then only as long as lesser means are not available.” What happens when the patient/inmate in his/her right mind commits a violent act deliberately?

In most instances when an Axis II patient commits a violent act, he/ she promises the staff they will not behave that way again. But it should be noted that this patient does meet the criteria for dangerousness and, as a result, the staff does not have the means to prevent another act of violence.

Recently a psychiatric hospital in the commonwealth housed a young woman who was awaiting a court hearing for brutally assaulting her social worker. The young woman beat the social worker, pounding her head into the floor, fracturing her facial bones and then stepping on her neck. On admission to the mentally ill unit, this woman put her roommate in a scissor lock and attempted to choke her. She went to court and was found guilty, but after only a few weeks she claimed suicidal ideation and was returned to the state hospital. Before one month had passed, she assaulted a unit manager—biting him so severely he required sutures. During her stay, this patient was regularly in restraints for assaulting her peers and the staff.

That is one example of the type of behavior these patients can exhibit. Currently this unit has two other female patients who are not mentally ill, who have behavioral disorders and who are regularly in restraints because of their assaultive behaviors. They are a danger to other patients and staff, but it needs to be noted that a psychiatric facility is not a prison. There is no guaranteed way to contain volatile behavior for any amount of time. It would be important to note the difference in federal regulations regarding locked seclusion between a prison and a psychiatric facility.

It has been said that when nurses sign on to work in mental health facilities, they know what they are getting into. That is not the case. The field of mental health care has been rapidly changing in the last 10 years … and patient safety regulatory acts have increased without considering patient demographics.

Pamela Mason is a psychiatric nurse with 22 years experience.

Manage Chronic Risks: An Act Relative to Creating a Difficult to Manage Unit within the Department of Mental Health (HB1931), filed by Rep. Patricia Haddad.