Why do unions make endorsements in political races? 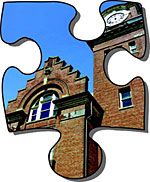 The Mass Nurses PAC endorses candidates running for elected office who it believes will best represent the MNA and its issues at city/town halls, the State House and the U.S. Capitol.

Why is political activism so important for nurses?

Because a huge percentage of dollars spent on health care services are taxpayer dollars.

Almost 50 percent of the Massachusetts state budget is spent on health care.

Elected officials influence almost every aspect of nursing and health care, including licensing; hospital finance and regulation; nursing education and practice; staffing levels; medical errors; whistleblower protections; hospital closures and convertremendous influence over your workplace and your ability to care for your patients.

Nurses need to speak for themselves!

Here are just a few actual examples of how elected officials have recently affected the work of some of your fellow nurses, as well as examples of how nurses have successfully advocated for the nursing profession and their patients.

On a local level

Last April—literally a few hours before the swine flu outbreak made global headlines—Worcester’s city manager, mayor and city council made a shocking announcement: They would be implementing budget cuts and layoffs that would ultimately eliminate virtually all services provided by the city’s public health department.

Five public health nurses were laid off, leaving only two to cover the city—Worcester being the second largest city in Massachusetts. The MNA sprinted into action and worked with local officials to save these services. We are still actively engaged in preserving public health services in Worcester, which remain under threat of elimination.

On a state level 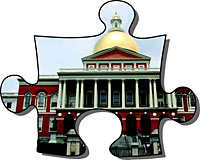 This spring, the MNA’s legislative divisionto address the level of violence against nurses and other health care workers in hospitals. Members from all over the state sat with their own personal stories of verbal and physical abuse at their workplace. Legislators were outraged to learn that there was not a law in place that protected nurses, and in March and April both the House and the Senate voted unanimously to pass a bill that would more severely punish individuals who assaulted nurses and health care professionals on the job. Many legislators spoke passionately during the debate and quoted the stories they had heard from MNA nurses during these meetings.

On a federal level 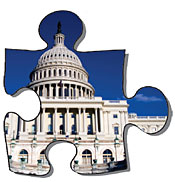 An example of the importance of political involvement at the federal level is the impact of the NLRB’s Kentucky River decision. As you may know, Kentucky River expanded the definition of supervisor to include charge nurses. In doing so, it not only affected the ability of many nurses to be part of a bargaining unit, but also opened the door to employers seeking to deny union rights to millions of other workers. The NLRB is comprised of five members, all of whom are appointed by the President and approved by the Senate. Just a few months ago, the Senate used a procedural maneuver to reject two good nominees appointed by President Obama. Senator John Kerry voted in favor these nominees. Senator Scott Brown voted against them. With these votes, your state senators had a direct influence on your profession, your bargaining unit, and your day-to-day work life for years to come.

Nurses are a “politically glamorous” constituency. You have the very highest credibility with the public on health care issues. Poll after poll confirms this status. The public trusts you and believes what you say about health care. This gives nurses a big responsibility—and considerable power.

Politics allows you to use that power to help yourself and your patients. To get involved in the Mass Nurses PAC, or for more information, please contact Maryanne McHugh at 781.830.5713.