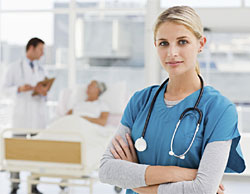 A major new study led by one of the nation’s most eminent nurse researchers provides compelling new evidence that California’s landmark RN-to-patient staffing law reduces patient mortality, assures nurses more time to spend with patients, and substantially promotes retention of experienced RNs. The study is the latest—and most conclusive— piece of scientific evidence to bolster the case for increasing RN staffing in hospitals and for limiting the number of patients assigned to a nurse at one time and is being proposed now in pending legislation, the Patient Safety Act (H.3912/S.890), currently before the Massachusetts Legislature.

“This research effectively closes the case in the debate for long sought legislation in the commonwealth, which would provide patients with safe staffing standards to save lives and improve patient care,” said Donna Kelly-Williams, RN and president of the MNA. “The California law works, and every day we wait to pass a similar law here in Massachusetts, more and more of our patients suffer preventable complications, and some of them die as a result.”

The study, published online in the prestigious policy journal, Health Services Research, was conducted by a team of researchers led by Linda Aiken, RN, Ph.D. and director of the Center for Health Outcomes and Policy Research at the University of Pennsylvania School of Nursing. The researchers surveyed 22,336 RNs in California and two comparable states, Pennsylvania and New Jersey, with striking results, including:

Two years after implementation of the California staffing law—which mandate minimum staffing levels by hospital unit—“nurse workloads in California were significantly lower” than Pennsylvania and New Jersey. “Most California nurses, bedside nurses as well as managers, believe the ratio legislation achieved its goals of reducing nurse workloads, improving recruitment and retention of nurses, and having a favorable impact on quality of care,” the authors write.

“From a policy perspective, our findings are revealing. The California experience may inform other states that are currently debating nurse ratio legislation including Massachusetts,” the study concluded.

The Patient Safety Act, which is co-sponsored by Rep. Christine Canavan (D-Brockton) and Sen. Marc R. Pacheco (D-Taunton), calls upon the Massachusetts Department of Public Health to set safe limits on the number of hospital patients a nurse is forced to care for at one time. The limits would be based on scientific research and testimony from public hearings and, once established, could be adjusted in accordance with patient needs and requirements using a standardized, DPH-approved system. The bill would also prohibit mandatory overtime, such as forcing RNs to work extra hours or double shifts, and protects against the reduction in the number of other members of the health care team including LPNs, aides and technicians. Patients would have the right to know and demand safe limits.

A hearing on the bill was held in November by the Joint Committee on Public Health. A similar bill passed the House of Representatives by overwhelming margins during the last two legislative sessions, but failed to win passage in the Senate.

“In the past, some legislators and our opponents pointed to California, claiming they first needed to see if the law would work there,” Kelly-Williams said, “Well now we have the answer. It’s time to act.”