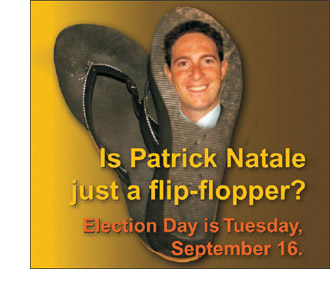 This year’s election season was a highly successful one for the MNA. The organization prioritized 12 races for the Legislature in the September primary, and 10 in the November general election. Overall, the MNA won 75 percent of the prioritized races in the primary, and 70 percent in the general. In addition, the MNA ran the table on its other key priorities:

The 2008 election was a huge success for the MNA by any measure. The key was getting members involved in these races. It was the MNA members, working on the ground to elect candidates, that really made the difference between winning and losing. Here are a few examples:

Rep. Jen Flanagan became Sen.-elect Flanagan on Sept. 16 and the MNA could not have been happier. Flanagan is a proven MNA champion, and as a state representative and member of the legislature’s Joint Committee on Public Health, she was instrumental in helping the safe RN staffing bill pass overwhelmingly in the House of Representatives— twice. She is also a passionate advocate for school nurses and has worked hard to require that schools with over 500 students have a nurse in the building.

MNA member volunteers turned out in big numbers to call other members in Flanagan’s district to let them know of our endorsement and to encourage them to vote with this endorsement in mind. Members also volunteered at Flanagan’s campaign headquarters in Fitchburg and proudly displayed her lawn signs in front of their homes. The MNA looks forward to working with Flanagan in the Massachusetts Senate.

This fall, the PAC made a bold decision to endorse Jim Dwyer for state representative against incumbent Patrick Natale in the 30th Middlesex House seat. Natale was once a supporter of the MNA, and voted for our safe staffing bill in 2006. Then this May—with no warning or explanation— Natale voted against safe staffing. Our members were outraged. Jim Dwyer came to the PAC seeking an endorsement in his race against Natale, and pledged to support and work with the MNA on safe staffing and the rest of our legislative agenda. The PAC decided to take a proactive stance and endorse Dwyer.

The MNA executed a comprehensive member-contact program in the Dwyer race, a program that included numerous mailings and phone calls to each individual member in the district. In addition, we did a mail piece to the general voting population in the district letting voters know about our endorsement of Dwyer, and also about Natale’s “flip-flop.” The MNA was the only union to stand with Jim Dwyer on Sept. 16—the day on which he defeated Natale by more than 1,000 votes. The MNA is very excited to work with this newly elected representative.

Sen.-Elect Ken Donnelly (D-Arlington)
In the 4th Middlesex District, which includes Arlington, Billerica, Burlington and parts of Lexington and Woburn, the MNA helped to elect Ken Donnelly to the Senate. Donnelly is an Arlington resident who served the town of Lexington for 37 years as a firefighter. He was also a dedicated union activist throughout his career as a firefighter, eventually serving as the chief financial officer for the statewide firefighters’ union. He has dedicated his life to public service and has a keen understanding of how critical it is that working people have a strong voice on Beacon Hill.

He is very supportive of the work of the MNA and will be a strong advocate for nurses and patients, and particularly for our public sector members. Nurses were excited to support his candidacy and they made phone calls to fellow nurses as well as to the general voting public, held signs for Donnelly and attended fundraisers that were held on his behalf. The MNA looks forward to working with Donnelly on Beacon Hill.

Rep. Carl Sciortino represents parts of Somerville and Medford and has been one of the strongest advocates for patient safety on Beacon Hill since being elected in 2004. As a member of the Joint Committee on Public Health, he has been instrumental in moving the safe staffing bill successfully through that committee.

Sciortino had one of the toughest reelection campaigns of any incumbent in the House of Representatives. Nurses went door-to-door on his behalf and then held signs and talked to voters on Election Day—all of which were critical to his victory. The MNA is excited to be able to continue its work with this responsive and supportive elected official

Mike Brady is a life-long Brockton resident who has served on the Brockton School Committee, Brockton City Council, Neighborhood Crime Watch, and other city business and service committees. The primary race for this vacant House seat included three Democratic candidates, all of which sought our endorsement. Many MNA members called or wrote to the MNA’s PAC asking it to endorse Mike Brady.

It was f rom members living in Brockton, for example, that the PAC learned that Brady had walked the picket line with the Brockton nurses during their 103 day strike in 2001, and that as a city councilor he had worked to put pressure on hospital management for a fair settlement. After Brady received the MNA’s endorsement, members attended fundraisers, held signs and made phone calls on his behalf.

If you ever thought your vote doesn’t matter, ask Mike Brady. He won his primary election by just 14 votes. MNA nurses played a big part in that victory and we know that Brady will never forget the MNA nurses. We are excited to work with him in the House.

In the 31st Middlesex district, which includes Winchester and Stoneham, the Mass. Nurses PAC endorsed Jason Lewis for state representative. This seat was being vacated by a strong opponent of the MNA’s safe staffing bill. Committed to public service, Lewis has worked hard in the community over the years, including serving on the Winchester Finance Committee. For the MNA, this election was extremely important because it provided a chance to replace a retiring opponent with a strong supporter. As a result the PAC endorsed Lewis with great enthusiasm.

MNA members assisted Lewis by canvassing door-to-door in the community, holding signs at campaign debates, phoning other voters in the district, and talking to friends and family about Lewis’ candidacy— all of which led to his victory. The MNA is looking forward to working with Lewis in the new legislative session.

As these examples demonstrate, the MNA’s electoral success is dependent on the participation of its members. To get involved in the next election, contact Riley Ohlson, political organizer, at rohlson@ mnarn.org.