Bargaining in the open builds a strong union or, “Why you shouldn’t negotiate in a phone booth”

What makes a union strong?
The strength of a union is its members. There can be no question of that.

A union is strong not because of a charismatic leader, its size or its dynamic public image—although all of these might help to contribute to its overall power. Rather, a union is strong because its membership owns the union, makes critical organizational decisions and actively participates in all aspects—from handling of grievances, to writing the union newsletter, to negotiating contracts.

Member activity must be pervasive and all encompassing, and it cannot just be limited to a few weeks every two to three years when the contract is up for re-negotiation. 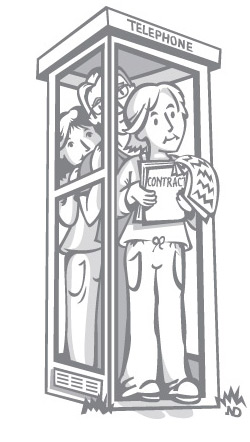 Instead, a union must be built in such a way that it encourages and expects rank and file involvement as a matter of course. This requires an open process—one that invites everyone to participate and educates members on how to run their union. Leadership development is critical to this part of the process, and lively, constructive, respectful debate is a sign of a healthy organization, just as rubber stamping and non-involvement are signs of a dormant, weak organization.

The member-centered model
The MNA encourages its bargaining units to implement this member-centered model, as it promotes ownership throughout the long process of negotiations—a process that includes contract review, grievance history assessment, member surveys and proposal gathering … right on through to contract ratification and distribution.

At the very beginning, surveying the membership starts that all-inclusive process. Once the initial contract proposals are formulated, some MNA units have these proposals ratified by the membership in an open meeting before they are even presented to management. When bargaining commences, sessions are then open to all the members.

Disdain for the rank and file
Management often tries to control/limit who attends bargaining sessions because they do not want the membership-at-large to see how they conduct themselves and how they all too often demonstrate their disdain for rank and file employees. This is a paternalistic and patronizing attitude designed to keep workers fearful.

Many MNA bargaining units utilize open negotiation sessions because it demystifies the process and further cultivates involvement and ownership. Unless there is specific contract language that limits the absolute number of committee members who can attend (and not just the number who will be reimbursed for attending), an unlimited number of union members have the right to be present at negotiations. For instance, if the union has 20 members in attendance (in addition to the regular core negotiating team) and who are designated as additional “negotiators” for that session, management has no right to demand that they leave. These members are not mere “observers” who might be barred from negotiations if the parties agreed to that. It is a violation of labor law for management to refuse to bargain with a designated committee, just as it would be illegal for the union to refuse to negotiate with management’s committee.

Such demonstrations of support from the rank and file also go a long way to encourage the union bargaining team, because it reassures them and fights the isolation that can inadvertently occur. And of course it is an incredibly strong and clear message to management that the contract is important to all of the workers. Finally, it underscores that it is those very health care professionals who work in the facility every day who understand the workplace immeasurably better than any hired attorney or “human resource” specialist.

Negotiating in a phone booth
Why then are such open negotiations so threatening to management? Because management’s preference would be to have the contract negotiated in a phone booth, without any input from the membership. This is the clearest evidence that management recognizes (and fears) the potential strength of the union membership. And it is also why management often proposes a ground rule for negotiations to occur in a “blackout” or with a gag rule restricting the union from communicating with its own members.

It should be obvious to management that no union would ever accept such conditions. After all, it is doubtful that many people would feel comfortable having a “committee”—be it a committee of family, friends or coworkers—negotiate the price of a new house or car on their behalf. Yet management routinely expects union members to allow such conditions when they affect members’ livelihoods and working conditions.

Anything that contributes to member participation and openness builds the union, and anything that promotes secrecy restricting member involvement is counterproductive and undermines a strong union.