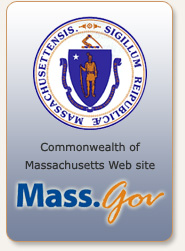 Who is on the Mass Nurses PAC?

There are 21 seats on the PAC Board. Any voting member in good standing may run for a seat on the PAC Board.  Members are elected or appointed to two year terms.  Elected seats are chosen at the annual PAC business meeting conducted during the MNA Convention.

Appointed seats are filled by:

How does the Mass Nurses PAC work?

Political action committees, or PACs, raise and spend money to elect or defeat political candidates. The MNA has formed the Mass Nurses PAC as its political action committee. The Mass Nurses PAC is a state PAC that supports local and state candidates.  The PAC can make endorsements in local races and for elections for State Representatives and State Senators.   For statewide offices, such as Governor, and for federal offices, such as Congress or President of the United States, the PAC makes endorsement recommendations to the MNA Board of Directors, who make the final endorsement decision.

How Does the PAC decide who to endorse?

The Mass Nurses PAC Board employs a rigorous evaluation process to decide which candidates to endorse.

Incumbent candidates who have previously received the MNA endorsement are typically not asked to fill out a questionnaire, but his or her record is reviewed by the PAC Board prior to receiving subsequent endorsements.

After reviewing the written responses to the questionnaire, the PAC decides whether or not to advance a candidate to the interview portion of the endorsement process.  The interview is conducted in-person by the PAC Board, though accommodations are made for telephone interviews if scheduling does not allow for an in-person interview.  The interview is a conversation between the candidate and the PAC board members, often touching on issues discussed in the written response to the questionnaire.  This is also the candidate’s opportunity to ask questions.  At this time, the PAC also asks questions about candidate’s campaign plan, fundraising and voter outreach strategies.  It is important to assess both a candidate’s position on the issues as well as the viability of or his or her campaign.

How can you get involved and strengthen the Mass Nurses PAC?

To get involved, contact Megan Collins, Associate Director of Legislation and Government Affairs at (781)-548-0768.